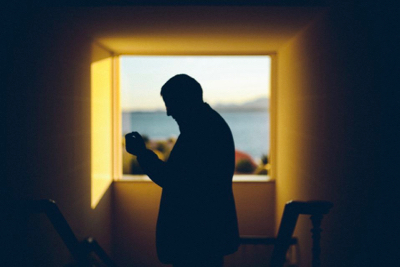 Despite the playful title NOSE, this feel-good or smell-good documentary is quite the serious look into the art of perfection of perfumery.

The documentary had its World Premiere at the Tribeca Film Festival last year. With exclusive access to Dior’s “Maison de Parfums” creative process, this documentary unveils the fascinating role of the Nose at Dior; the most prestigious Fashion et Perfume brand in the world initiated by Christian Dior.  For the first time in a documentary feature, the prestigious Maison Dior opened its doors to access the wonders of perfume creation.  Travellers at heart, directors Arthur de Kersauson and Clément Beauvais followed the star of the doc and of Dior, François Demachy, during two years and over 14 countries, from Grasse to Nosy Be, through the coasts of Ireland, in his search for inspiration and the most precious raw materials.

The film opens with Demacchy in Indonesia smelling one of the raw materials, patchouli.  after travelling for 3 days.  The doc shows him sniffing other perfumery ingredients like roses of Grasse (a small town in France which specializes in growing the raw materials like roses) to Calabrian (in Italy) where a sour citrus fruit, bergamot is cultivated.   One funny scene has him sniffing fruit, the red hairy rambutan that has only a slight scent. (I had a rambutan tree in the backyard of my house in Singapore when I was young.)

The film’s subject Francois Demachy is quite the serious person who does not say much.  The directors, therefore, uses his personality as a catalyst to explore other avenues , rather than use him to entertain.  One of the women Demachy subcontracts to, says the same thing.  She thought she was not given the job when Demachy left as he hardly had said anything during the initial meeting.  But within this man lies a vast bed of knowledge, and it is this knowledge that makes NOSE such an intriguing film.

Demachy emphasizes the raw materials that go into the perfumes, akin to the fresh produce that makes a class Michelin star meal.  One such ingredient is the ambergris.  The scent of the ambergris is unmistaken and unique.  The doc takes the audience to the wild coasts of Ireland where dogs sniff out ambergris, after being trained by the master.  Ambergris is the extract of sperm whales.  These creatures eat cuttlefish without being able to digest this thin flexible backbone which is sharp and damages the whales intestines.  In time, these are eventually coated  and excreted.  Being less dense than water, the excretion floats to the surface of the sea and eventually gets deposited with rock or sediment offshore.

Other more common materials used are roses.  The doc takes the audience to Grasse where the essence of the roses is distilled.  Around 15 to 50 different raw materials go into the making of a single perfume and hence the high price of the product.

NOSE is available on demand on the following platforms: iTunes, Google Play, Amazon and Microsoft, February the 22nd.