The title of this new series on Icelandic films is Wayward Heroes: A Survey of Modern Icelandic Cinema because that is calling the series what it is.  Those who are fortunate to have traveled to Iceland (myself included) will reminisce of the amazing natural beauty of the island as they watch these films, many of which celebrate the landscape and beauty of the country,

The series will also feature introductions by three of the directors included in the retrospective: Fridrik Thór Fridriksson, who is considered to be the modern godfather of Icelandic film; Kristín Jóhannesdóttir, known for her masterful use of magical realism; and Róbert I. Douglas, whose satirical looks at Icelandic society premiered to substantial domestic box-office success in the early ’00s.

For a complete program, ticket pricing and descriptions of each film in the series check the TIFF website at: 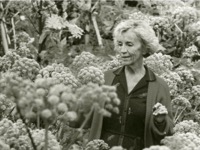 The only Icelandic film ever nominated for the Best Foreign Language Film Oscar, Fridrik Thór Fridriksson’s CHILDREN OF NATURE is the story of two seniors who escape their old age home because they’ve nature.  The film begins sadly with Thorgeir (Gísli Halldórsson) biding a silent farewell to the farm he has devoted his life to as he hoots his dog and prepares to move in with his grown married daughter in Reykjavík.  He is eventually put into a retirement home, where he is unexpectedly reunited with an old flame, Stella (Sigrídur Hagalín).  Stella’s words to the retirement home’s attendants: “You have no right to decide for me,” is indeed very sad and moving and has the audience rooting for her.  They flee the home, stealing a jeep to travel back to their country home while the baffled police gather the clues.  Extremely well put together and one of the most effective dramas about old age I have ever seen.  The film also celebrates the countryside beauty of Iceland.

As Detective Erlendur (Ingvar E. Sigurdsson) investigates what he calls a messy and pointless murder where the culprit does not even bother to hide the evidence, he uncovers a three decade long crime involving a rape and some genetic dis-order.  Erlender is one tough cop and unafraid to go all out to solve the murder.  Director Kormákur (he made the Hollywood film ADRIFT and is now remaking Hollywood version of JAR CITY) ups the angst in this gruesome mystery by making the atmosphere so foul (Erlendur is shown eating  sheep’s head; he uncovers a rat infested wrapped body among the pipes) that one can almost smell the stench and rot. At the same time, another story of pathologist Örn (Atli Rafn Sigurdsson) embarking on a parallel odyssey searching for the cause of his little daughter's incurable hereditary disease is intercut with the murder mystery.  The two stories are neatly tied together in one of the most satisfying and grossest mystery thrillers seen in a while.  The film also makes extensive use of the Icelandic landscape which makes this film a must in the Icelandic Films series.

Directed by Gudný Halldórsdóttir from the 1968 novel by her father, Nobel Prize winner Halldór Laxness, this absurdist fable (shades of Monty Python) follows Umbi (Sigurdur Sigurjónsson), a young emissary from the Bishop of Iceland who is dispatched to a village at the foot of the famous Snaefellsjökull glacier to investigate the local pastor (Baldvin Halldórsson), whom the church authorities fear has allowed his flock to slip back into older, pagan ways.  What is the greatest challenge of the church? Paganism? Homosexuality.  Apparently what is happening under the glacier is the most pressing problem.  The script slyly encompasses world issues like commercial religion, capitalism and life itself.  This film oddly enough had a commercial release in 1989 and is an entertaining parody on how we live life.

WHERE THE RAVEN FLIES is the first of Gunnlaugsson’s epic Viking trilogy.  The story unfolds in a straight forward fashion, opening as a young Irish boy witnessing the slaughter of his parents and the kidnapping of his older sister by marauding Icelandic warriors.  The film quickly moves years later, the now grown boy (Jakob Thór Einarsson) now arriving in Iceland with vengeance on his mind.  He systematically sows discord among the Viking clan that killed his family, secretly murdering some and playing off their suspicions of one another as he works his way towards their leader.  The film takes its time to establish any interest as the start of the film looks cheesy and cheap due to the music and badly staged set-ups.  The film eventually picks up with a bit of violence and Icelandic flare.  The film has promise but could have been better.